Jocko Willink became something of an icon after Extreme Ownership came out and became a #1 New York Times bestseller. The core idea is this:

On any team, in any organization, all responsibility for success and failure rests with the leader. The leader must own everything in his or her world. There is no one else to blame.

Everything comes back to that, no matter what. Your supplier didn’t deliver? Own it - make sure you don’t rely on a single supplier in the future, or keep a close eye on what the supplier is doing. Your boss isn’t getting things done? Own it - lead from below and make sure things get done anyway. There was one of those slippery “acts of God” and things got derailed? Own it - find a way to get things done anyway. You don’t know how do something that you need to do? Own it - learn it, figure it out, and get it done. Like Jocko says, no matter what, there is no one else to blame. 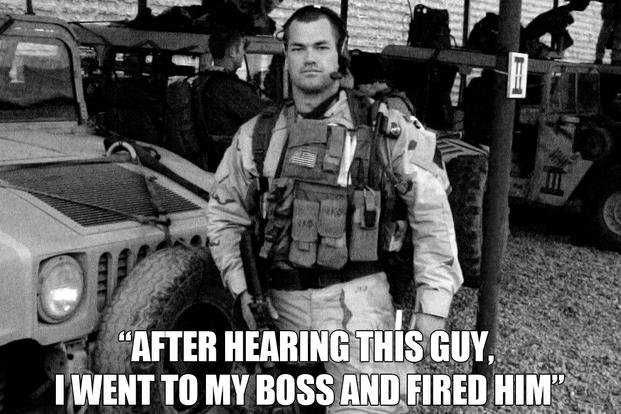 Here’s how Jocko and Leif discuss the situation around underperforming subordinates:

When subordinates aren’t doing what they should, leaders that exercise Extreme Ownership cannot blame the subordinates. They must first look in the mirror at themselves. The leader bears full responsibility for explaining the strategic mission, developing the tactics, and securing the training and resources to enable the team to properly and successfully execute. If an individual on the team is not performing at the level required for the team to succeed, the leader must train and mentor that underperformer. But if the underperformer continually fails to meet standards, then a leader who exercises Extreme Ownership must be loyal to the team and the mission above any individual. If underperformers cannot improve, the leader must make the tough call to terminate them and hire others who can get the job done. It is all on the leader.

I think it’s an incredibly powerful mental framework, and a profound change to how most people tend to operate most of the time. One key point that’s not obvious at first is that extreme ownership (and the immense agency and power it unlocks) applies regardless of where you are in the hierarchy of an organization. No matter where you are, own your slice of the world. Get things done better than your boss expects, communicate the things he might want to know before he even asks for them, take ownership and get things done, and great things will happen.

One worry that some people bring up around this is micromanagement - if you’re taking extreme ownership over your entire organization, how can you possibly do that without having your fingers in the nitty gritty of everything?

Obviously, if you try to do everything yourself very little will get done, so that is not the answer. The answer is probably more extreme ownership throughout the organization - get your subordinates to accept ownership, agree on the metrics and indicators you need to see so that you feel comfortable that they are on track, and then let them do their thing. If done well, this leads to less micromanagement, not more.

On the other side of the spectrum, I think it’s also important to understand the limits of extreme ownership. For example, if your favored political candidate doesn’t win an election, it probably doesn’t make sense to take ownership (unless, say you’re on the campaign team). This reminds of Stephen Covey’s concept of the personal sphere of influence - the idea being that you should focus your energy on the things you can influence.

The core concept of Extreme Ownership is supremely powerful for anyone and everyone. Through the book, the authors walk through examples from their experience as NAVY Seals, as well as from their subsequent business consulting work, of the different pieces that go in being a great leader.

I actually feel like many of those pieces, in particular as they apply to being a business leader, have already been better articulated elsewhere - Andy Grove or Stephen Covey come to mind. But for the core concept of extreme ownership the book is definitely worth a read.

Jocko has a TEDx Talk, which conveys the ideas in a more succinct fashion, but I think actually the book is a much more compelling package. Here’s the TEDx talk anyway:

4/5 - powerful lessons on taking extreme ownership of everything in your world, and empowering others do to this, in a compelling package from a couple of bona fide badasses.