The Mae Hong Son loop in Northern Thailand is famous in motorcycling circles, and beyond them. The core loop covers about 600 km split over four stages on excellent, winding roads. I rented a bike in Chiang Mai for two weeks and decided to do an extended version of the loop.

END_OF_DOCUMENT_TOKEN_TO_BE_REPLACED

I’ve wanted to ride a motorcycle around the world for a long time, and Vietnam became a prime target for that in my mind ever since the Top Gear Vietnam Special came out, in which Jeremy, Richard, and James ride cheap scooters across the country. And over two weeks this January, I finally got to do it!

I can tell you’re getting impatient, so here’s a sneak peek:

END_OF_DOCUMENT_TOKEN_TO_BE_REPLACED

Modern-day Laos traces its roots to the ancient Lao kingdom of Lan Xang, which was around from the 14th Century to the late 18th. The kingdom then broke up into three (Luang Prabang, Vientiane, and Champasak). In 1893, these were united again as a French protectorate; Laos finally gained independence in 1953 as a constitutional monarchy. “Shortly after independence, a long civil war began, which saw the communist resistance, supported by the Soviet Union, fight against, first, the monarchy and then a number of military dictatorships, supported by the United States.” The communists won.

Today, Laos is still officially a one-party socialist republic, though a gradual and limited return to private enterprise began in 1988, and has continued. The economy is now growing rapidly, and on the ground one would not conclude that it is governed by Marxism-Leninism.

In addition to the Lao flag, all government buildings also sport the red hammer and sickle flag.

As in Cambodia, the US dollar is a de facto secondary currency here, though people here generally have a strong preference for the Lao Kip, where in Cambodia people preferred the dollar. I get charged a fee every time I take out cash, so I try to take out all I might need at a single time. When I took out about $200 USD, I got about 1,700,000 Lao Kip - a stack about an inch thick. When I paid cash for my first hotel, the guy at the front desk put the cash in his own wallet, which was about six inches thick - no joke. I told him that he looks like a rich man, and he laughed.

There are many monasteries in Luang Prabang, and each morning before Dawn, hundreds of monks pour out of them and into the streets to get alms for their only meal of the day.

The ceremony has a strange air now, though: it’s been overrun by tourists. Vendors set up sticky rice you can buy and plastic stools to sit on. Some tourists are ok, but others (and it seems to me that they are mostly the Chinese tourists) continue to talk very loudly among themselves through the process. So the monks just walk by with their bowls open and stop in front of these people, who give them rice, but the two groups don’t make eye contact or otherwise acknowledge each other. The whole process felt corrupted to me, in a way.

END_OF_DOCUMENT_TOKEN_TO_BE_REPLACED

It’s December 23rd, the day before Christmas. I wake up around 7am in beautiful Vang Vieng, Laos, excited to go kayaking and cave exploring in about 90 minutes’ time. I get out of bed and walk into the bathroom. I’m travelling alone, but I close the door behind me - I don’t want any bathroom smells getting into the bedroom. My bathroom business done, I wash my hands and grab the door handle to go back to the room, get dressed, and get some breakfast.

My first reaction is amusement. OK, it would be kind of funny to get stuck in the bathroom. But surely there’s a quick way to get out that I’m missing?

No, there isn’t. My phone is in the bedroom, as is my Leatherman. Either of them would probably make for a quick solution to this problem, but neither is accessible.

Is there a window? Not really. Only some thick glass tiles and a small fan. Speaking of which… and does it feel like it’s getting hot and stuffy in here? I’m trapped! I give the door a few hard shoves, and it changes absolutely nothing. It’s a heavy, wooden door.

Panic tries to grip me, and I have just enough sense to notice it. OK, panic helps nothing. Let’s calm down. I need to let go of my plans - I am not going kayaking and cave exploring today. Getting out of the bathroom is the big adventure of the day.

I name some things I’m grateful for: my girlfriend, my family, my dog and cats, the fact that I can travel like this, the nice dinner I had yesterday… you know, I have it pretty good. I can figure this out.

I take a couple of deep breaths, smile, and assess the situation.

END_OF_DOCUMENT_TOKEN_TO_BE_REPLACED

I spent about two weeks of this December in Cambodia - let me tell you about it!

The Khmer Empire was born in the early 9th century and flourished until the 15th century. At its zenith in the 13th century, its capital, Angkor, was the largest pre-industrial urban centre in the world. Angkor today contains more than 1,000 temples, the greatest of which is Angkor Wat, the largest religious monument in the world… but more on that later.

After the fall of the Khmer Empire, Cambodia was ruled as a vassal state of its neighbours, until it became a French protectorate (at the request of the Cambodian King) in 1863. It was occupied by the Japanese in World War II, gained independence from France in 1953.

After that the situation gets very, very messy. “Following the Cambodian coup of 1970 which installed the right-wing pro-US Khmer Republic, the deposed king gave his support to his former enemies, the [Marxist-Leninist] Khmer Rouge.” (wikipedia) The Khmer Rouge committed the Cambodian Genocide, during which about 1.5 to 2 million people were killed - a quarter of Cambodia’s population.

The Khmer Rouge were finally ousted by Vietnam in 1979, putting an end to the genocide. Peace between rival factions came officially in 1991, with free elections held in 1993 with the support of the UN, though nowadays Cambodia is effectively a one-party state.

I like Cambodia. The place is lively and the people are friendly, but everything also seems cleaner and quieter than The Philippines. I don’t think it’s just a function of city size - I remember even tiny Coron Town in The Philippines as terribly loud and polluted, while Siem Reap feels pleasant by comparison.

Angkor and a Thousand Temples

The biggest draw to Cambodia is Angkor Wat - the massive Hindu complex from the 12th Century that is the largest religious monument in the world. It’s so important to the country that it’s even on Cambodia’s flag!

Walking around Angkor Wat is an amazing experience. I especially enjoyed going there for the sunrise - while everyone else getting the classic photo from across the lake from the west, I walked inside the temple complex from the eastern entrance. For some time I had courtyards and rooms all to myself - a magnificent experience.

END_OF_DOCUMENT_TOKEN_TO_BE_REPLACED 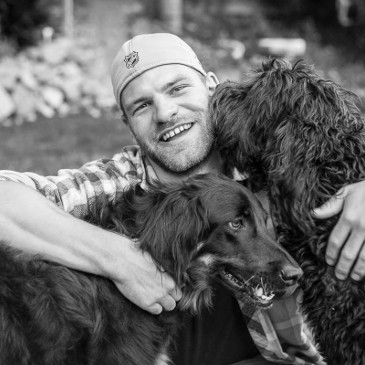 Krystof is an engineer, adventurer, and all-around good guy. He is currently based in Los Angeles, California.